On March 15th we held another amazingly successful Pub Night. Ham, scalloped potatoes, carrots, salad and apple pie and icecream were on the menu. We were once again entertained by our amazing in house entertainers who performed to a capacity audience. Our next Pub Night will be in June. Come and See!

Rev. Bahman, Bob Landry and Frank Isherwood were our servers for the meal.

Colleen and Ben began the evening with live fiddle music

Rev. Bahman and Tricia "Blowing in the Wind"

Frank Isherwood, Neil Groombridge, Ian Carter and Norm Lampman are the Irish Rovers singing "The Orange and the Green" and "Black Velvet Band"

Neil Groombridge is Kenny Rogers, "Lady" and "The Gambler"

Ian Carter, Wendy McEachern and Jean Jaggard are The Seekers,

I'll never find another you" and "Georgie Girl"

Val Landry helped in the kitchen

Margie Hoffman in the kitchen 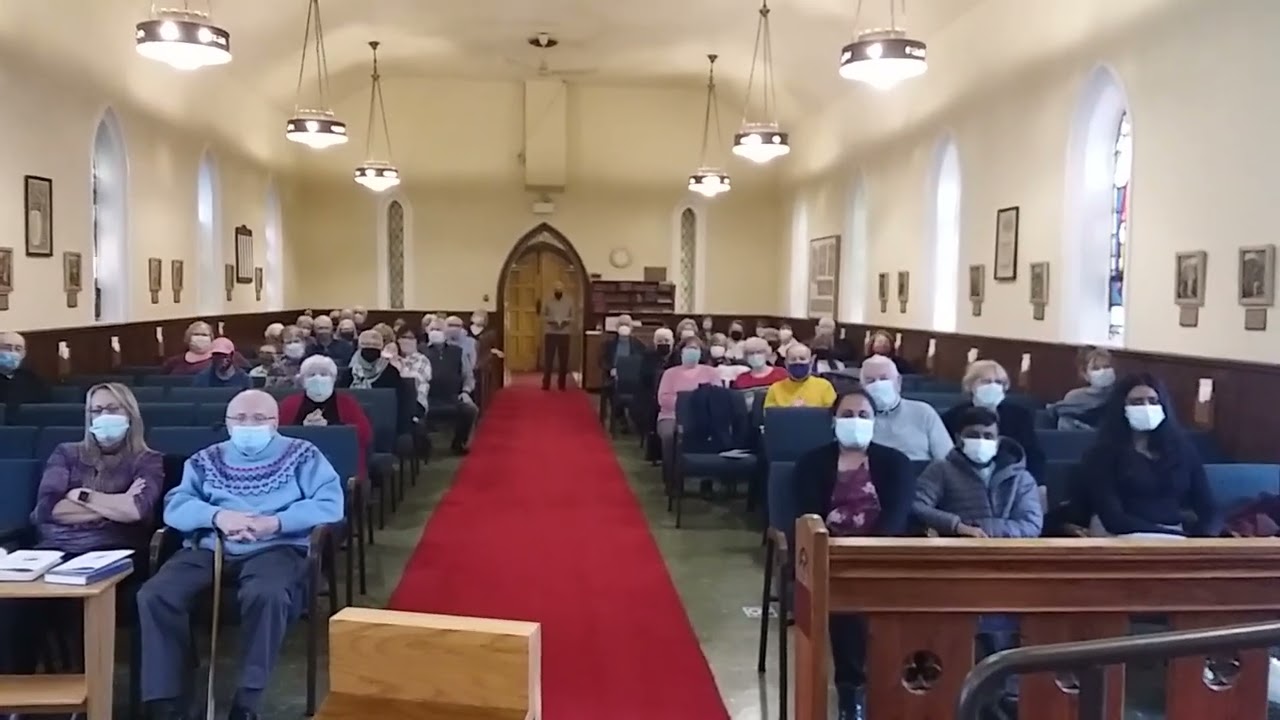 We give thanks for the gifts our parishioners share so freely with us.

Blessed so that we may be a blessing to others